« Weave by Wire »: Why the digital age began much earlier for weaving machine manufacturers like DORNIER

Everyone is talking about digitalization and Industry 4.0 at the moment. An important aspect of both of these major trends is automation, which is going to supersede analogue approaches to production, technology and consumer behaviour in practically every way. Under the banner « Weave by Wire » at the ITMA exhibition, weaving machine manufacturer Lindauer DORNIER demonstrate why the inexorable advance of ones and zeros is not new for the company.

And it was not just fabric manufacturing itself which underwent a complete transformation: The loom as « programmable » machine was a fundamental element for today’s automation. Well over a century later, the punched card spread was introduced into data processing, assisted by an American named Herman Hollerith. From there it made its way to binary computer programming. Finally, in 1924 the company founded by Hollerith paved the way for a business which in those days was called « International Business Machines Corporation », but which is now known exclusively by its short form: IBM.

Future-oriented weaving: One-piece outdoor trousers
Also in future the precursor to digital technology as invented by Jacquard will again play a forward-looking part. This is also demonstrated by an air-jet weaving machine from DORNIER which is used to produce a pair of outdoor trousers from a single piece. Undoubtedly, weaving is a very familiar technique for users of outdoor apparel, because the two-thread system of weft and filling threads lends the requisite flexibility and tear resistance to equipment which is expected to withstand harsh weather conditions. But outdoor trousers as « One Piece Woven » (OPW) represents a world first. « The question is: How can the manufacture of outdoor clothing be transferred from two to three dimensions? », says Volker Janke, Product Applications Manager for air-jet weaving machines. 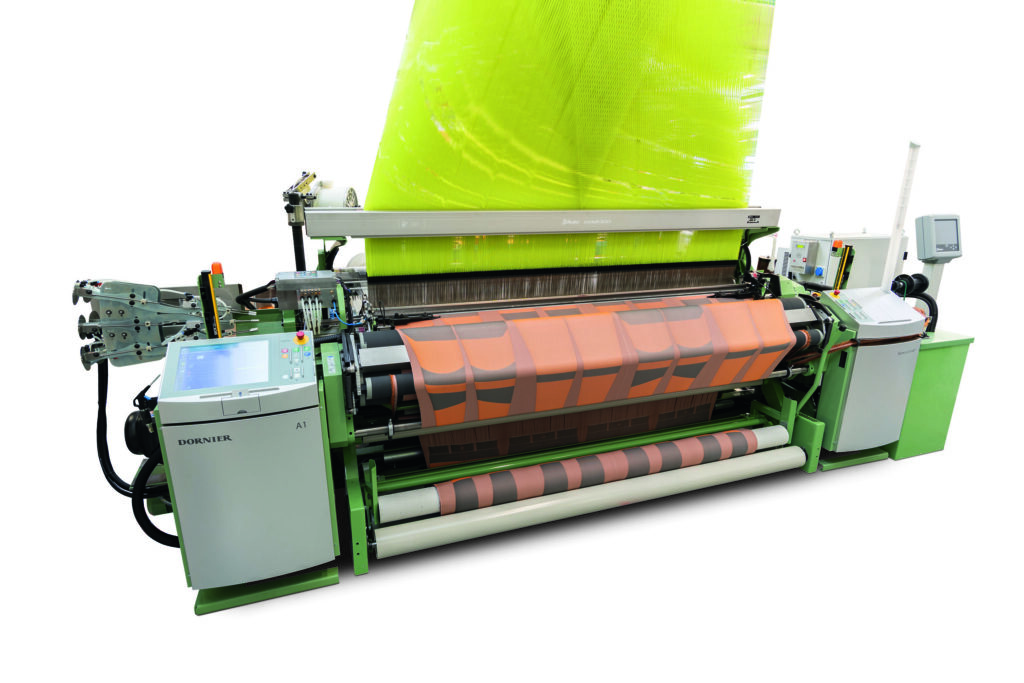 A large outdoor apparel provider approached a fabric manufacturer – one of DORNIER’s customers – with a request to develop a more sustainable, more flexible process for manufacturing outdoor products. It is not inconceivable that this was also prompted by emerging (online) purchasing patterns, because keywords such as Fashion on Demand and Pay per Piece show that consumers and their rapidly changing needs, demands and individual wishes are seen increasingly as the starting point for production. But this means that production must be adapted – that is to say it must become more agile. « The OPW outdoor trousers are an example of future-oriented fabric production », says Janke. The objective is to be able to offer a product which is « tailored » precisely to the customer in terms of design, pattern and wearability, which is manufactures at the cost of less material, energy and waste. Janke has no doubt: « The road from two-dimensional to 3D weaving offers an entirely new dimension in manufacturing flexibility ».

Direct line 4.0: The new myDoX® customer portal
DORNIER completes and expands its personal technical DORNIER service and the weaving machine panel ErgoWeave® with integrated Ethernet interface. « Log on and get to work immediately », says Florian Strößenreuther, Head of Training and Documentation. The system is based on HTML5 and ultramodern database technology (powered by SAP HANA). According to Strößenreuther, it does not need any plug-ins or extra programs and can be operated with equal ease from a PC, smartphone, tablet or weaving machine control panel. 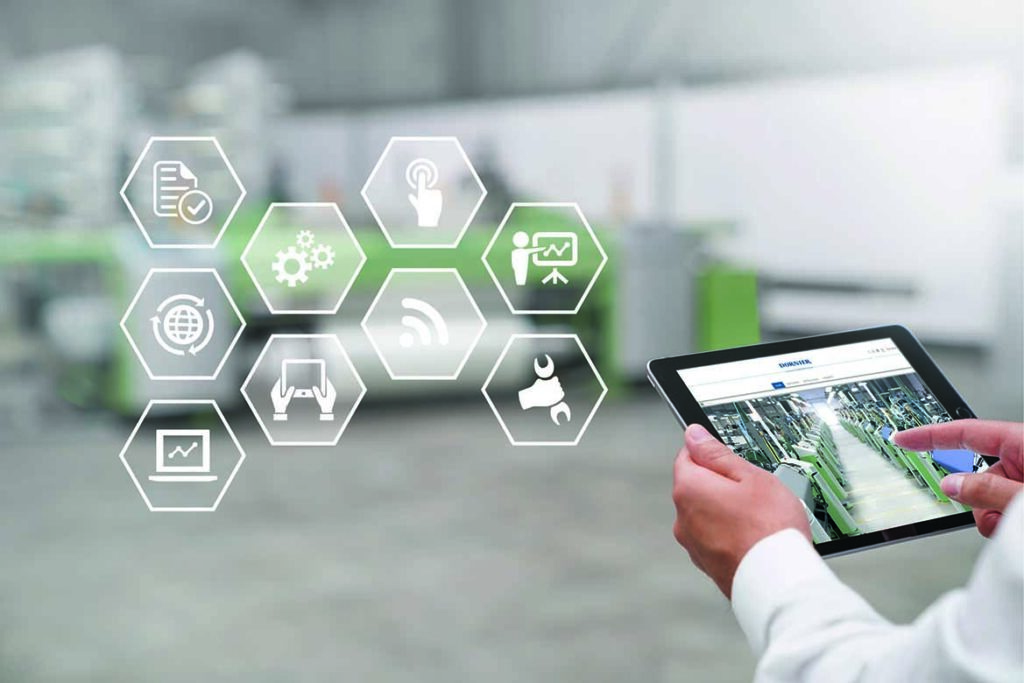 Besides serving as the 24/7 online shop (DoXPOS – Parts Order System) for original parts for all machine generations, an overview of orders (including display of processing progress), production and machine data and the enhanced DoXWeave software for the networking of weaving machines, myDoX® is also the direct line 4.0 to experts and information from the house of DORNIER. « It is the way for our customers all over the world to receive support they want at the highest possible technical level for their fabric production at all times », Strößenreuther concludes.