Mono is alive and bio is coming!

About 120 experts from 20 countries were in attendance at Polyrema’s Open House which took place in Troisdorf-Bergheim at the end of last year. The visitors used the opportunity to see the new mono-layer blown film line in operation and take a close look at it. Manfred Kurscheid, Managing Director of POLYREMA, led through the programme and answered central questions around the Open House and the changing market for film products.

There could hardly have been a better time for the event: When the doors of the Technology Centre opened on December 2 and 3, a pleasant surprise awaited the visitors who had come in great numbers to POLYREMA. A customer had ordered a line featuring exactly the details which POLYREMA originally wanted to present in the run-up to the plastics trade fair K 2016 in Düsseldorf. The single-layer (“mono”) blown film line was extensively tested under production conditions on two days: On the first day, HDPE film was run while on the second day, a biodegradable film from BASF resin was produced. 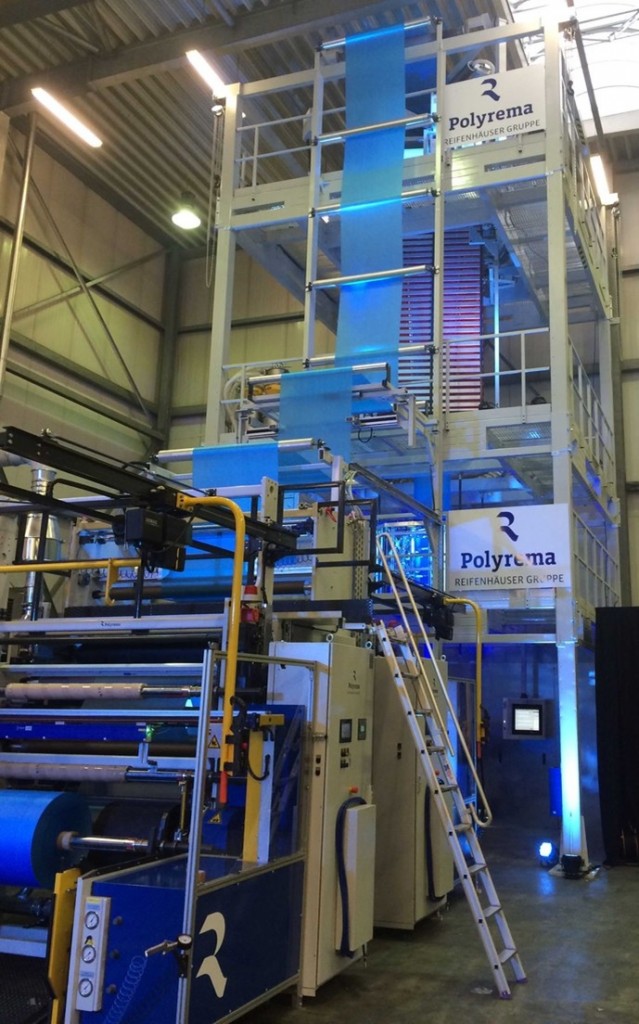 The critiziced ubiquitous HDPE films used as ultra-thin T-shirt carrier bags for fresh produce are one of the reasons for the growing trend towards the new ecological films which are demanded above all in France today. Manfred Kurscheid says: “Shopping bags made from this kind of film can be reused as bio-waste bags or they can be composted. The new line can produce both types of films: classical and biodegradable ones!“ 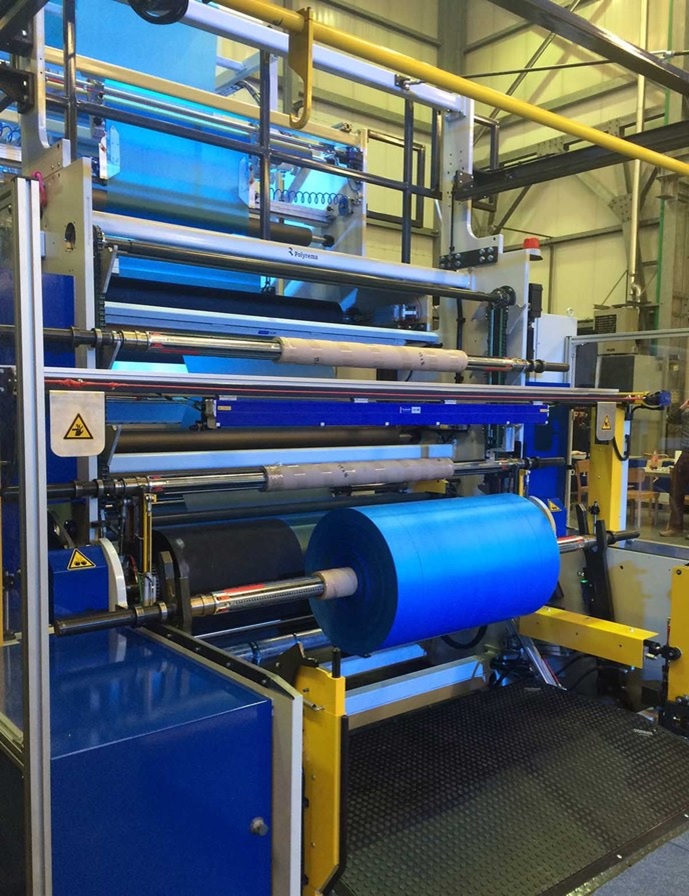 However, the focus of the event was not only on ultra-light bag film. POLYREMA demonstrated that the capabilities of mono-layer lines are far beyond this application: With an additionally installed Ultra Flat Plus unit it is possible to produce a high-quality film of slightly increased strength which can be laminated and coated. Marcel Perrevort, Sales Director at POLYREMA, states “This film can also be laminated with paper to produce, for example, the typical wrap film for butter packaging.”

A further highlight presented by POLYREMA for the production of biofilm is a special screw cooling system installed in the Reifenhäuser extruder. “The optimal processing temperature of the raw material is relatively low. Thanks to the cooled screw we have very good processing conditions with this material“, explains Marcel Perrevort.  Specific questions were also asked about the configuration of the mono line. Although it produces “only” mono-layer film, it is equipped with a two-layer blown film die head. “The melt is divided in the blown film die in a ratio 50 to 50 and then combined again into two layers. As a result, the film structure is improved in terms of stability and strength, despite of using only one raw material,” comments Manfred Kurscheid.

It was just these quality features that made the customer, whose line was in the focus at the open house event, opt for the POLYREMA line. In the future, he will produce on it mainly draw tapes for garbage bags. The customer puts high value on a superior-quality film with low stretching behavior to prevent that heavy garbage bags are becoming longer and longer on the path to the dustbin. “A line equipped with a two-layer blown film die and Ultra Flat Plus is ideal for such applications”, was Manfred Kurscheid’s first resume of the POLYREMA Open House. He explains further: “Such events organized as expert meeting days are intended to become a regular insider meeting point in “K”-free years in the future. Both the concept of the event and the line concepts of our company were met with enthusiastic response from the participants! We also want to convince other customers of our approach and provide proof of the fact that there is a broad and still growing range of applications for mono films. “

Visitors from many branches of the plastics processing industry came to the first Open House of POLYREMA, including those from SMEs and big concerns from all over the world.

POLYREMA is a member of the international, family-operated Reifenhäuser Group with headquarters in Troisdorf and 9 subsidiaries active in plastics machinery engineering, upstream and downstream technologies, and applications.