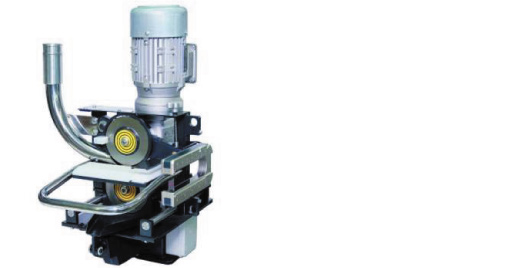 E+L has launched the BTA 80 in the second quarter of 2011. After selling very successfully 86 systems in 2011 and nearly 200 systems in 2012, the experience gained in the market triggered further improvement and lead to the development of the second edition of the cutting system. In 2013 sales figures doubled to nearly 400 systems and in 2014, Klaus Baumann, head of the textile division at Erhardt+Leimer, expects to sell as many as 500 systems.

Combined with the FR 60 wide band sensor with a measuring range of +/- 80 mm and a resolution of 0.1 mm, the BTA 80 offers unrivalled cutting accuracy. And even if a web with a different width is inserted the operator doesn’t have to change any settings (as long as the web edge is still within the field of view of the sensor). The system runs automatically with the adjustment used before.

Compared to other cutting systems using simple photocells and “black/white” edge control the BTA 80 with FR 60 works with a 5 mm higher accuracy on both sides.

If only the savings of 5 mm are taken into account, the return on investment for a new BTA 80 is around 8 months. Normally, payback is achieved after less than 3 months – and it doesn’t make a big difference whether it is calculated under Asian or European conditions. This means edge cutting with the BTA 80 is like printing money after the first 3 months.